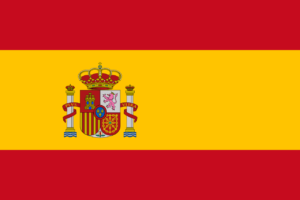 Juan de Cuevas was born on July 8, 1762, to Pedro de Cuevas and Ysabel Batista in Algámitas, Andalucia, Spain. As a young man Juan was caught and convicted of piracy, the King of Spain exiled him to military service in the new Florida territory.  He never returned to his family in Europe. He married Marie Helene Ladner in 1795 in Mississippi she was the daughter of Nicholas Christian Ladner and Marie Anne Paquet Ladner. Juan and Marie had 12 children in 19 years.

In 1803 Juan moved his family from Deer Island to the family homestead on Cat Island. Juan and his family moved into the Ladner house on Cat Island with his mother-in-law, Marianne Ladner, after the apparent death of her husband, Nicholas.  In later days it became known as the “Cuevas Place.”  It existed until the 1930’s when it was destroyed by fire. 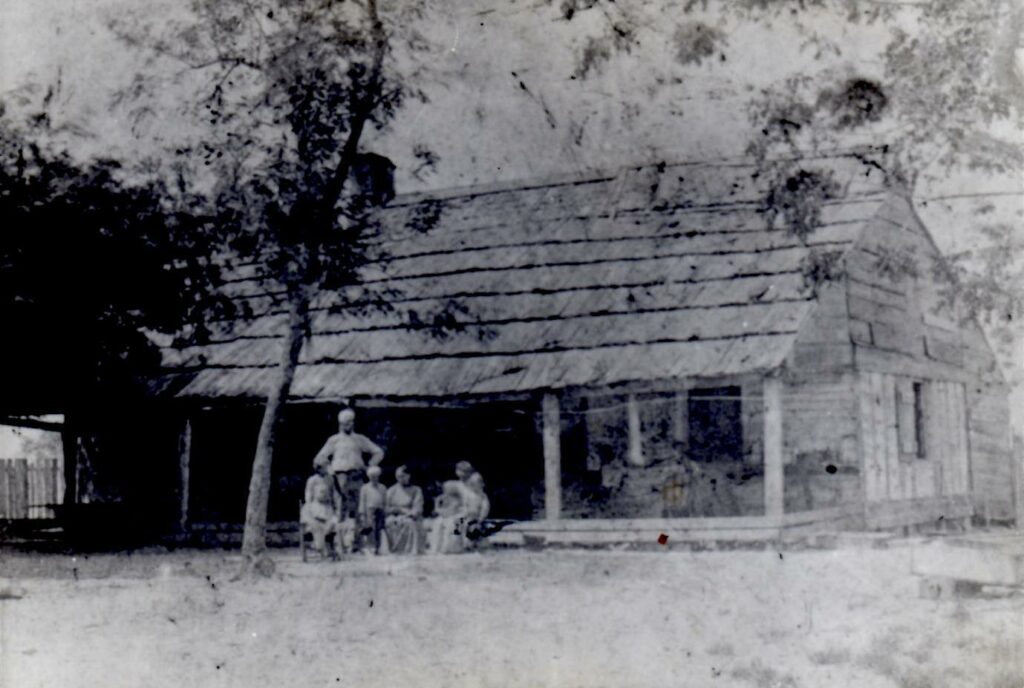 In 1804, Jean Lafitte arrives from France and over the next ten years he led a band of desperados in preying on Spanish ships coming into New Orleans from Europe.  Reports are that Lafitte and later the Copeland clan of bandits hid some of their loot on Cat Island.  Pirates Cove on Cat Island was named, supposedly, because of its use by Jean Lafitte.

On December 8, 1814, A large English naval force (fifty British men-of-war) anchored in the Mississippi Sound.  Never before or since had such an armada appeared in the Gulf of Mexico. Some of the smaller vessels were already within sight of Pass Christian when Juan dispatched news of the arrival of this fleet to New Orleans.  Commodore Patterson, who was in charge of the naval defenses at New Orleans, promptly sent five schooners, a tanker, and a dispatch boat to the Mississippi Sound to watch the movements of the British forces. 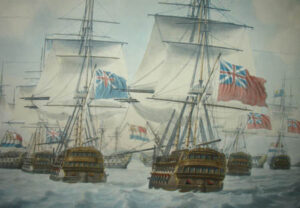 On December 9, 1814, British scouting expeditions scoured the island and mainland for fresh vegetables and meat.  Juan had many heads of cattle.  While hunting that day, he heard gunfire.  He came upon three British soldiers and a Chinese cook who were killing his cattle.  He shot two of them. The Chinese cook died.  The British returned fire and Cuevas dropped with a slight wound in his leg.  Two of his daughters, hearing the firing, came to his aid with guns.  Juan urged them not to fire.  Juan was taken aboard one of the warships at Ship Island and held prisoner.  They urged him to show them the best route through the bayous and marshes to New Orleans, he refused.

In July 1820, Juan captured two pirates, John Baker and Martin Hogan, off of the coast of Cat Island.  Juan saw a barge run ashore at Goose Point.  He waded out and found two men shoveling sand in order that the boat might be freed.  The men refused assistance or advice.  Juan heard strange sounds aboard.  He went back and got his friend, Mr. Ferris, a man who had participated in the Battle of New Orleans and who was visiting him on the island.  They boarded the boat and found the Captain chained head and foot to the cabin floor.  He could not speak for weakness.  Juan and Mr. Ferris tied up the two men in the boat, and took the Captain ashore and put him in a warm bed.  Juan’s wife, Maria, fed him weak soup—a tablespoon at a time.  They took the men to jail at Bay St. Louis.  John Baker was executed.  Martin Hogan escaped and was never recaptured. 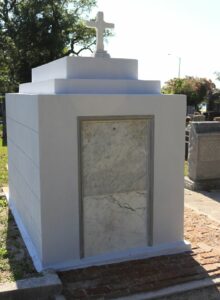 Juan de Cuevas died on September 24, 1849, on Cat Island in what was formerly Hancock County and today is Harrison County, Mississippi, having lived a long life of 87 years, and was originally buried on Cat Island and then later laid to rest in a tomb with his wife of 54 years Marie Helene Ladner Cuevas at the Biloxi Cemetery.

For more about Juan de Cuevas and Cat Island check out author John Cuevas’ books on Amazon. (Images below are links to order each book) 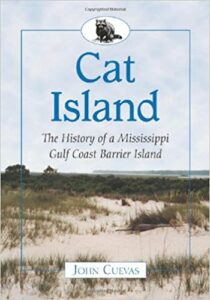 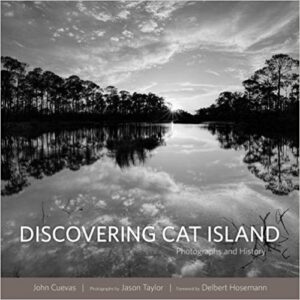